While we wait for the 2018 British Eventing season to start, I thought I'd take a look back at the 2017 season, but using data rather than photography. I'm not EquiRatings, but there's plenty of information readily available online, for example, via the BE website or Burghley direct. So, I wrote a script to download some data and had a play!

Rather than the usual focus on the results and points tables, I decided to look at how horses (and riders) overlap in the events they competed at. So, here's a visualisation of all the horses that competed at a British Eventing fixture in 2017, using Gephi (an open source network visualisation package). If a horse at least participated in a dressage phase it is somewhere on this graph.

Although the graph layout was produced using all links between pairs of horses, the final visualisation shows only a subset of them in order to keep it manageable.

I have also filtered the graph for a few individual horses, showing every other horse that they competed with at the same event/class, for example, Ballaghmor Class.

And... as with any data source, there are always going to be errors. Aside from a few (fairly obvious) mistakes that I was able to amend, if the results are not correct on the BE website (or are missing), they will not be correct here either!

High-resolution copies of each of the graphs are available here (these are large files!):

In Part 2, I'll show how I used the same technique to visualise individual events. 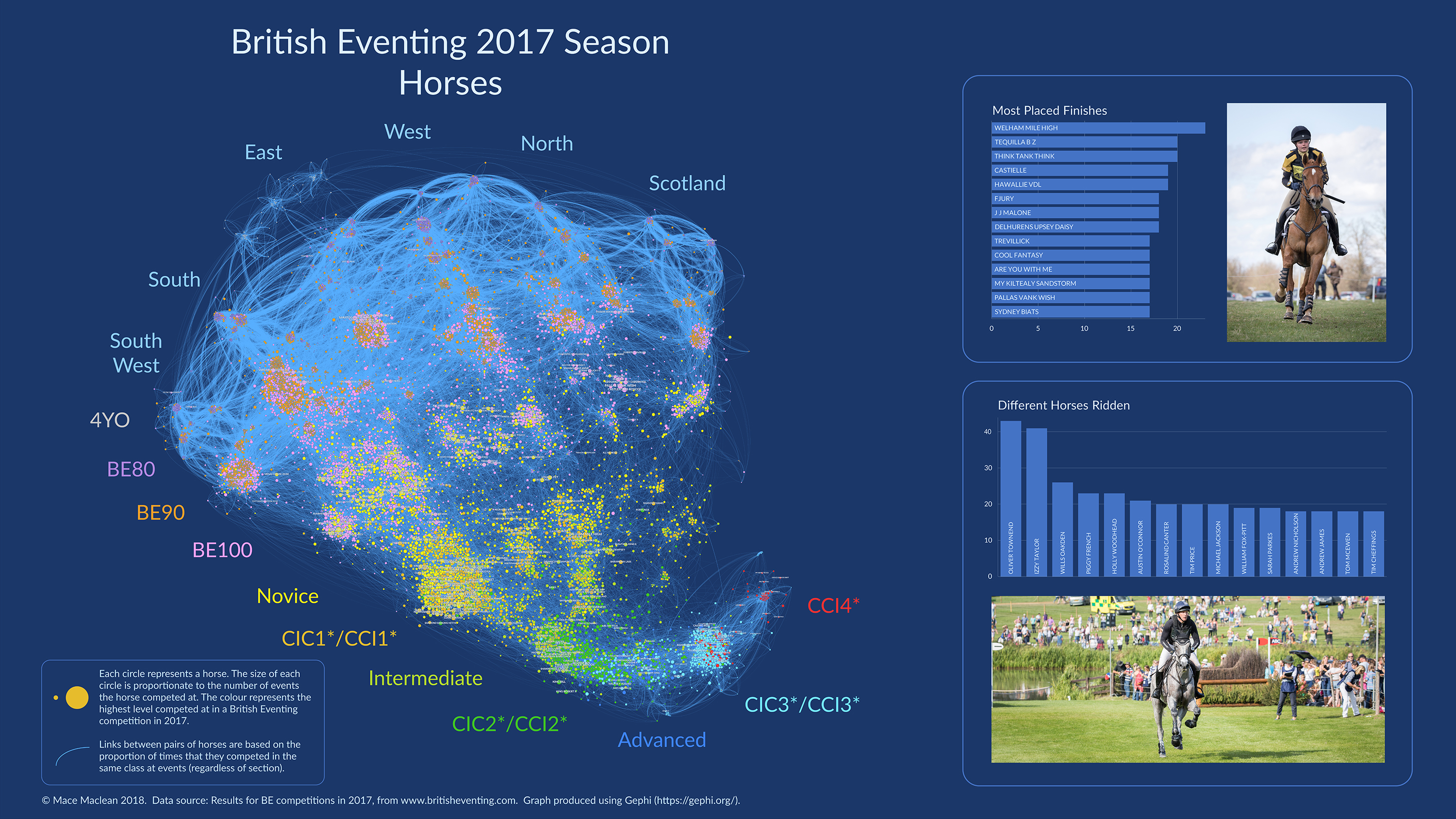 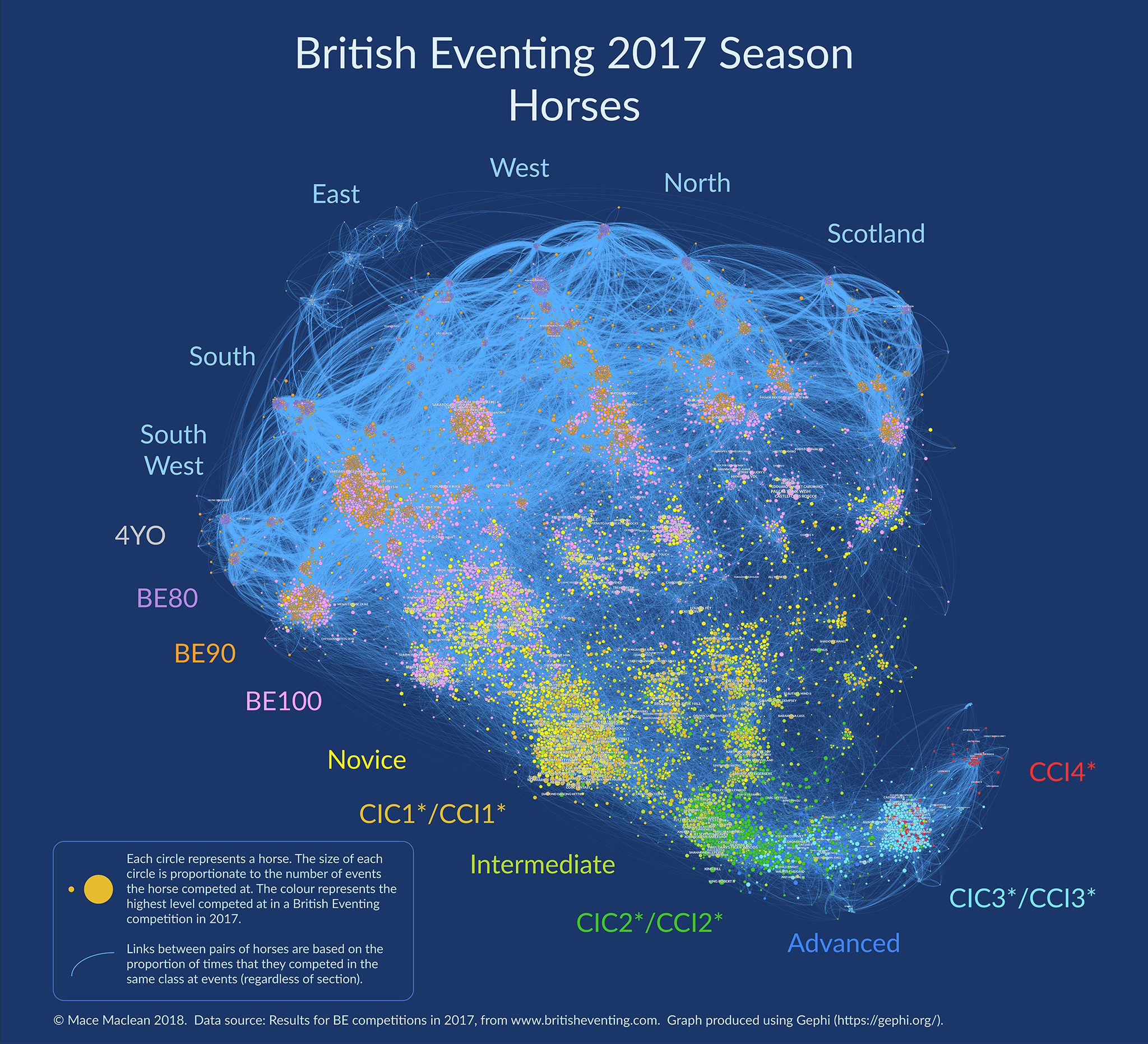 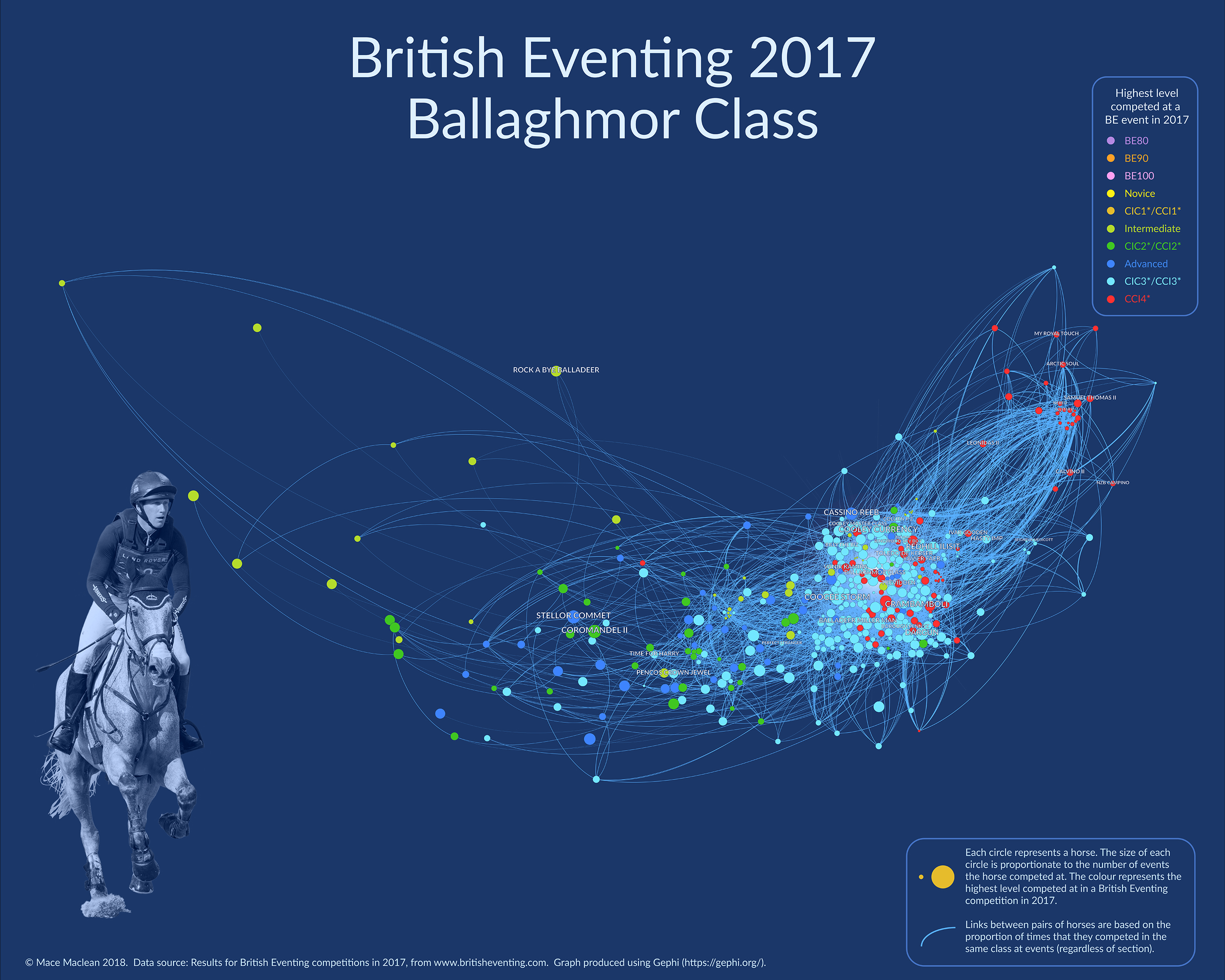 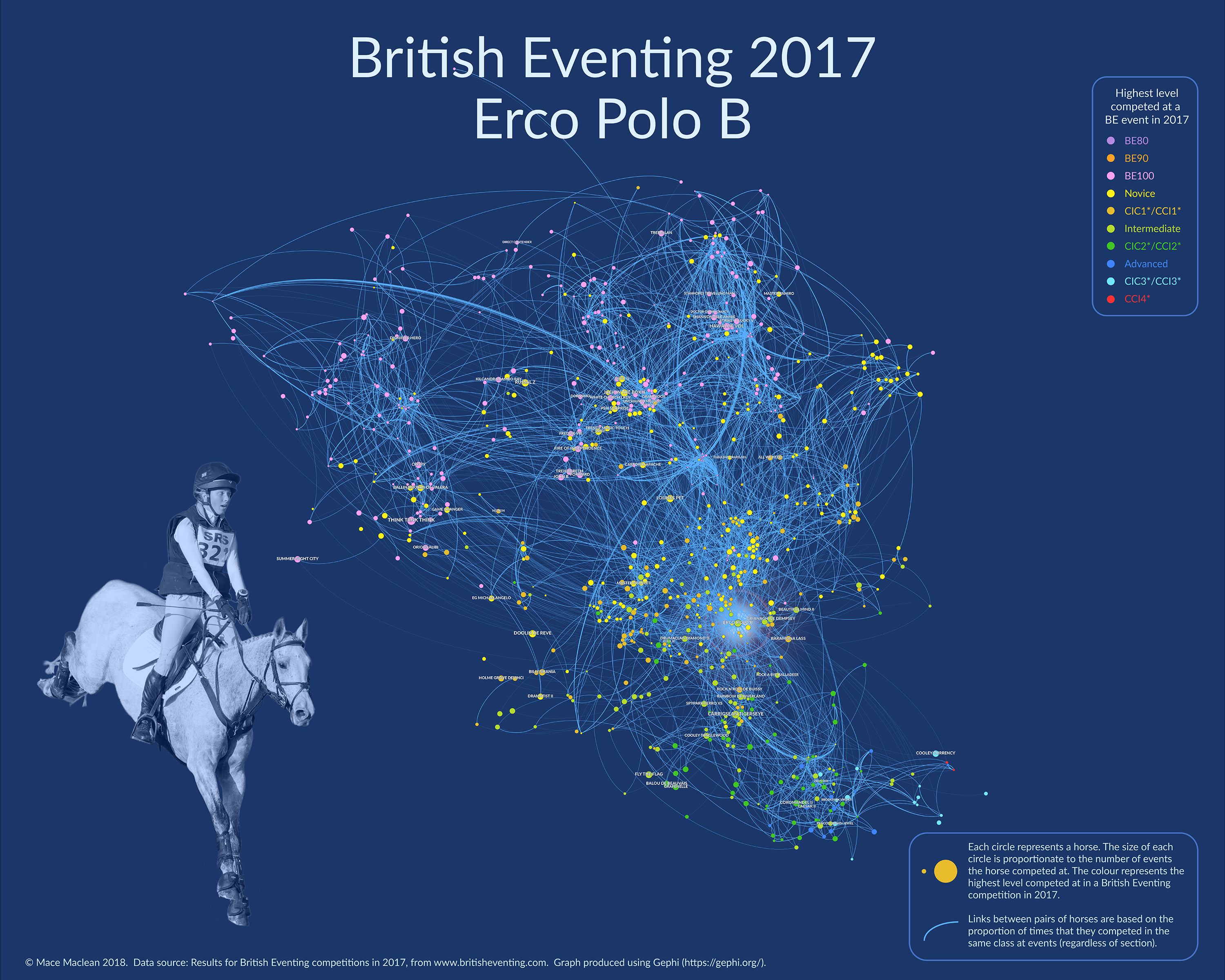 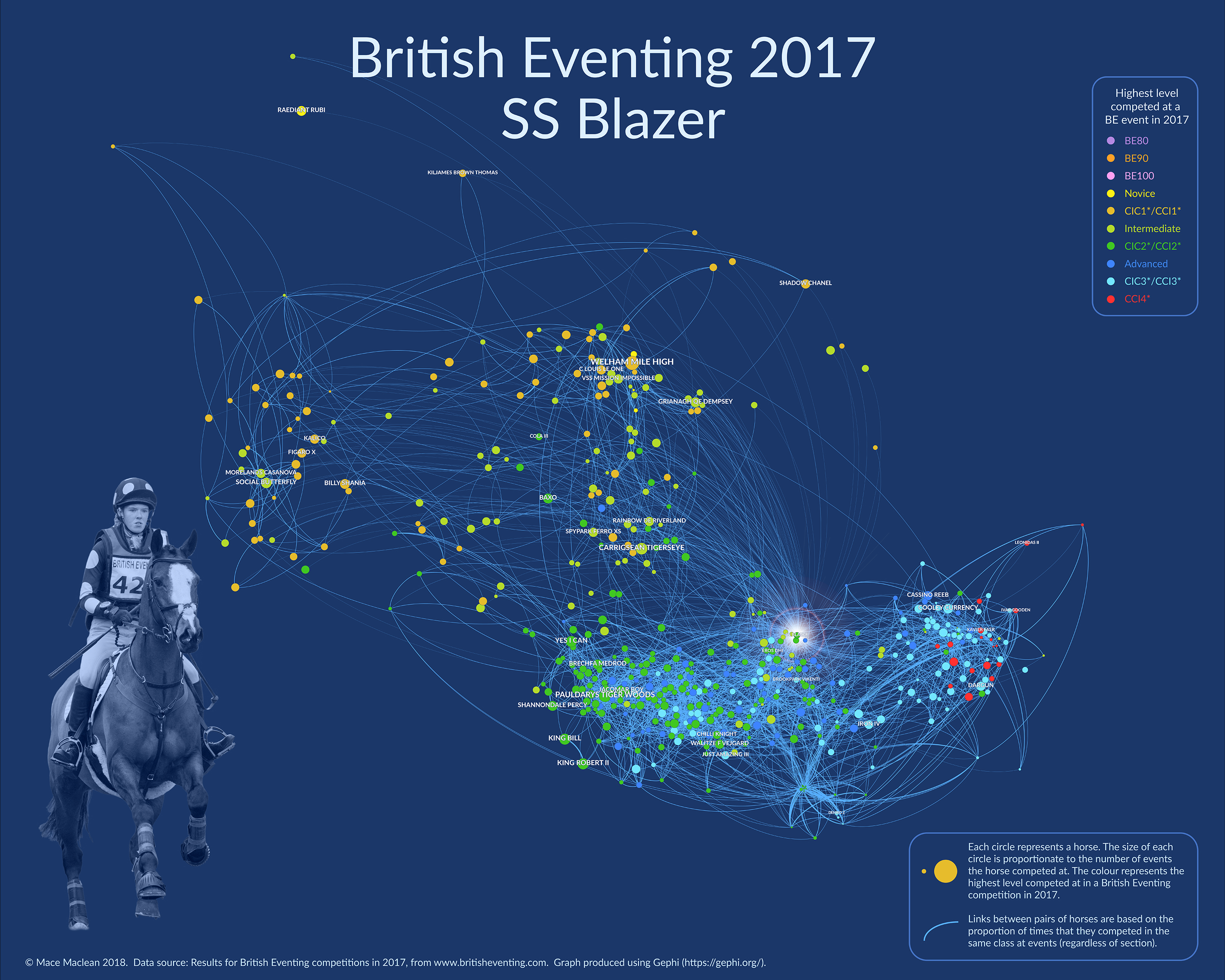 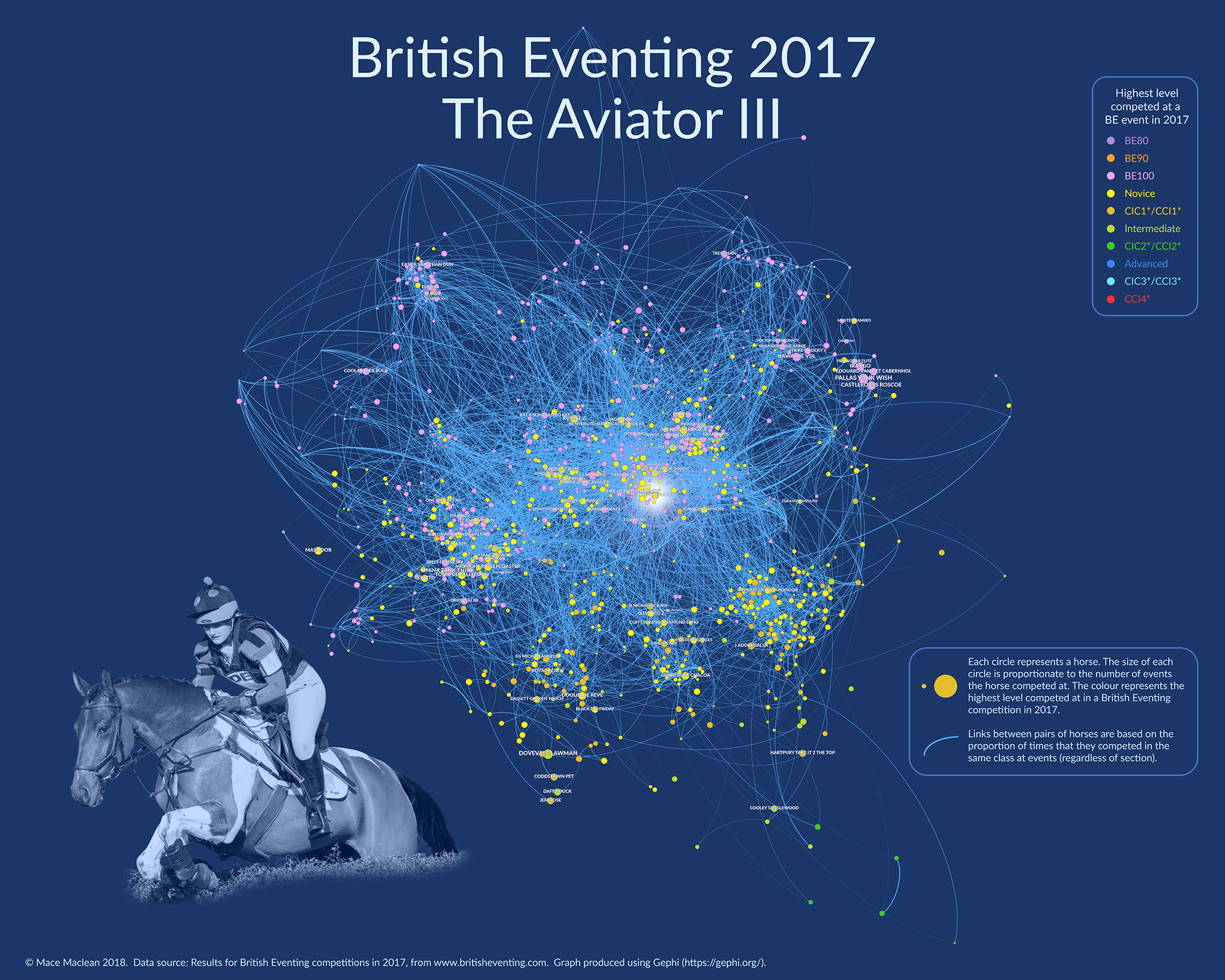 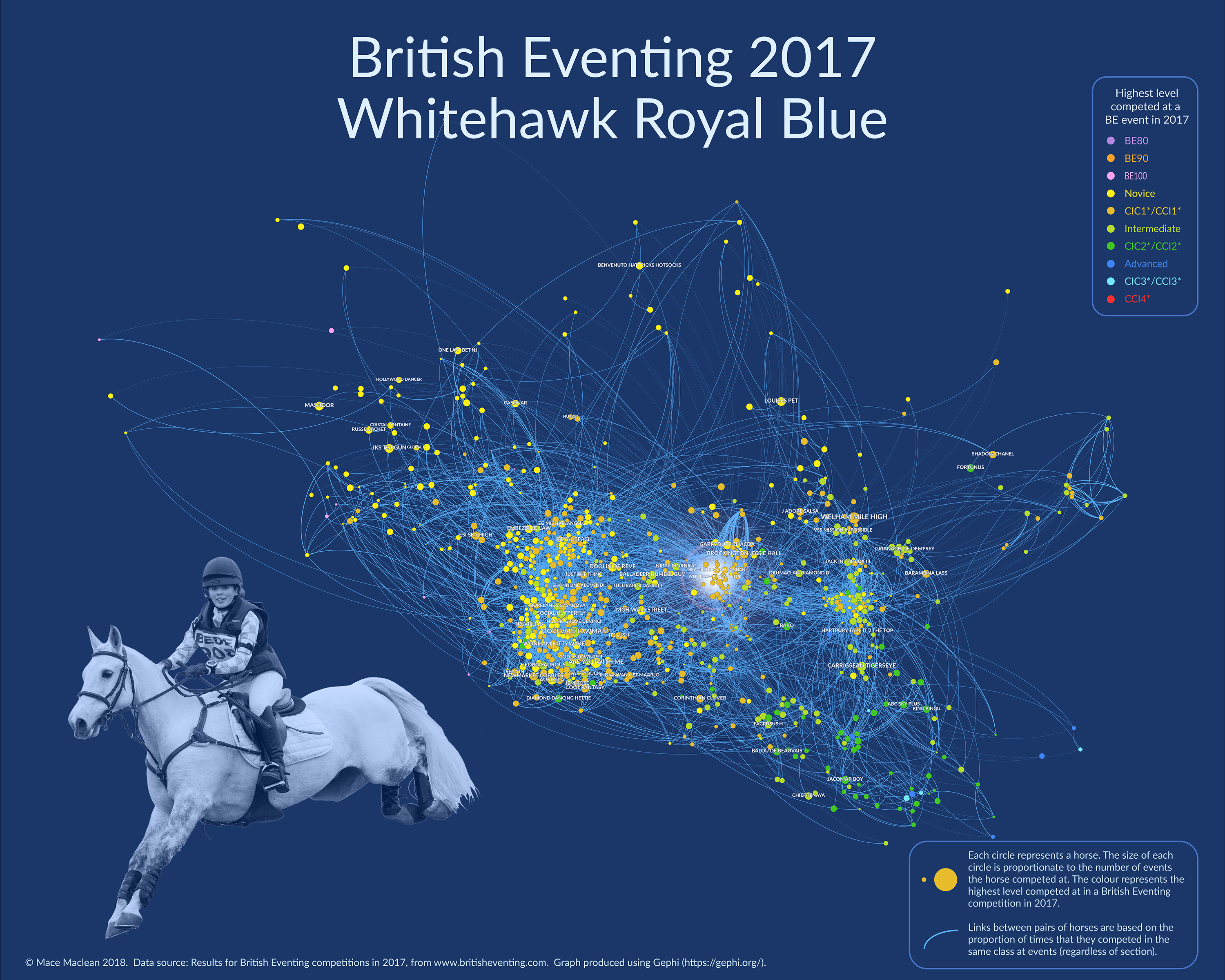